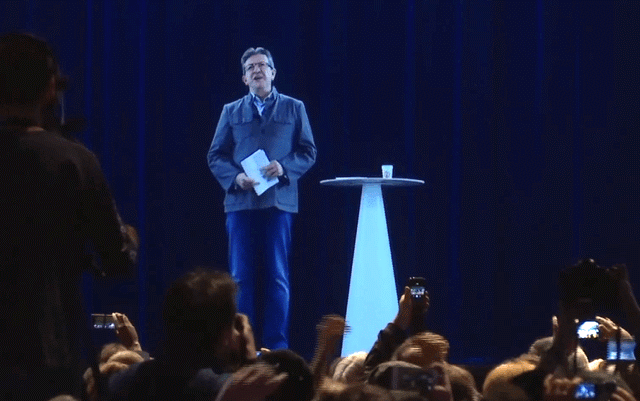 Before Britain goes to the polls there are the Presidential elections in France (first round this weekend) and it’s looking a very close four-way race at the moment. No wonder then that politicians are pushing hard to meet the most voters possible. One of the candidates, Jean-Luc Melenchon, has turned to technology to help – using “holographic projections” to appear simultaneously in seven rallies around the country.

He wasn’t the first to take such an approach – Indian Prime Minister Narendra Modi has also been a fan of this technology – and he almost certainly won’t be the last. Under the hood, the tech is not quite as dramatic as it appears, involving as it does an old theatre trick rather than fully fledged virtual reality but that is half the genius with technology: getting impressive results from repurposing old approaches.

Now, when’s the holographic Boris Johnson going to be hitting our campaign trail…?

I was predicting all this a few years back… That’s at least one political prediction I got right.

One response to “Holograms hit the French Presidential election trail”