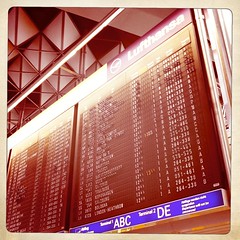 On Monday 20 September I’m chairing a fringe meeting at the Liverpool Liberal Democrat conference titled “Can overseas holidays be a force for good?”.

Tourism employs 200 million people worldwide and is responsible for 11% of global GDP. In the Liberal Democrats there have often been a mix of views: concern about its environmental impact yet also support for efforts to attract more tourists to the UK and a welcoming of closer links across national boundaries.

Confirmed to speak is David Norman, Director of Campaigns at WWF and Luke Pollard, ABTA’s Head of Public Affairs. Having worked with David for a while when we were both in previous jobs and having also often praised Luke’s use of YouTube, I’m really looking forward to see how this discussion shapes up and what they – and the audience – have to say.

Other events I’m doing at the LibDem conference include:

2 responses to “Can overseas holidays be a force for good?”