There are five points to note about Liberal Democrat Jeremy Browne’s decision to stand down from Parliament at the next election:

Here’s his resignation letter in full: 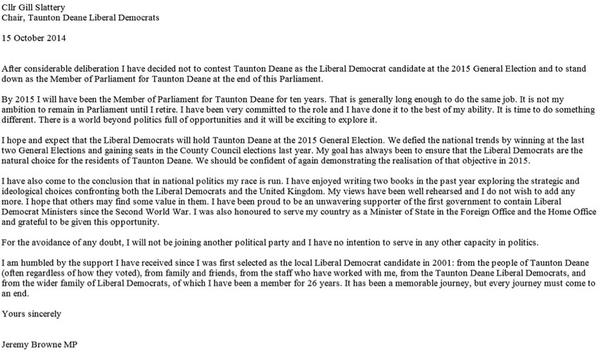